Book your Redd reservation on Resy 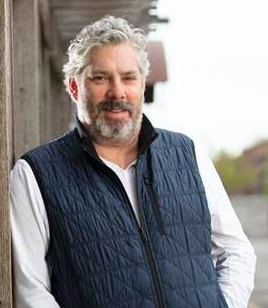 A native of Rochester, Richard Reddington has made an indelible mark on the California culinary landscape. His passion for food and wine was sparked by his travels throughout Europe as a young adult and fueled by his experiences working in some of the world’s best kitchens. Reddington has been honored with multiple nominations for the James Beard Award for Best Chef in the Pacific Region.

He began his career working for Roland Passot at San Francisco's renowned La Folie in 1990, later moving to Postrio before heading east to David Burke's Park Avenue Café in New York City. A stint at Rubicon in San Francisco was followed by a French sojourn at the Michelin three-star Arpege and Le Moulin de Mougins with Roger Vergé, a prelude to working with Daniel Boulud at Restaurant Daniel in New York.

Returning to California, he helped open Spago Beverly Hills as Sous Chef, before taking the Chef reins at Jardinière in San Francisco and then Chapeau, where he was named ‘RisingStar’ by The San Francisco Chronicle’s Michael Bauer. In 2000, he was drawn north to Napa Valley and began a four-year tenure as Executive Chef at the landmark Auberge du Soleil. There, he captured attention when he was voted ‘Best RisingChef’ by San Francisco Magazine. After leaving Auberge in 2004, he took the reins at Masa’s in San Francisco, before taking the leap to launch his eponymous restaurant REDD.

Opening to much acclaim in 2006, REDD offered a contemporary interpretation of Wine Country cuisine that referenced his own classic French training and incorporated a variety of ethnic influences, reflecting his prior 15-year plus epicurean journey. REDD was awarded 7 Michelin Stars from 2008-2014 and named one of GQ Magazines best new restaurants in 2006.

Reddington's restaurants reflect the dedication of a chef who, after spending more than 25 years in some of the best kitchens in the United States and Europe, has found the perfect balance of serious food and unpretentious environment.  He is eager to share his culinary experiences and talent with his guests at Redd in Rochester. 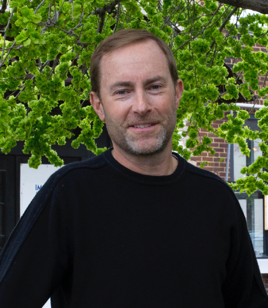 Prior to establishing ReddRoc, LLC (parent of REDD) in late 2018 with Richard Reddington, Dennis was a member of the executive management team of Wilmorite Management Group, a prominent Commercial Real Estate Development firm based in Rochester, NY. As Senior Vice-President of Leasing and Development, responsibilities include the oversight and management of the leasing and development process for over 8,000,000 square feet of retail space. Dennis is also owner of Wilmot Development Group, LLC. WDG specializes in unique real estate development opportunities in the Finger Lakes region.

Through his efforts and experiences in the commercial real estate industry over the past 28 years, Dennis has cultivated an appreciation for the hospitality industry and the opportunities that exist in secondary markets such as Rochester.
‍

Dennis has a B.S. in Civil Engineering from Union College and a M.B.A. in Finance from the Simon School at University of Rochester.